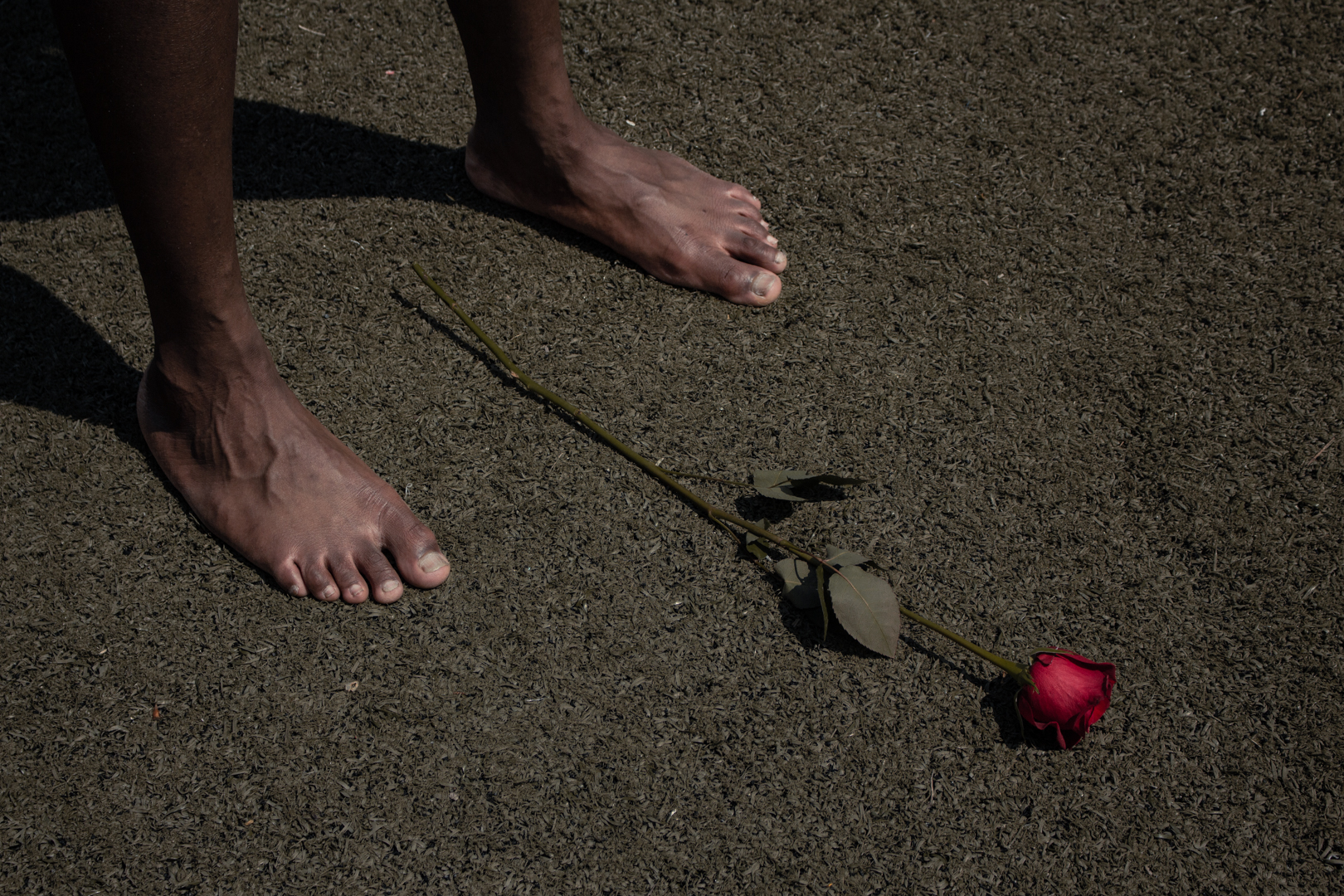 As a child,  I lied on the ground and allowed my body to depart into shavasana. There I sat in a candlelit room at the head of the table. My body was thin, but muscular and my hair was grown out long. Sitting with me was my wife. We smiled together and ate spaghetti. Children rushed into the dining room and greeted me with many hugs. Being born into a constantly changing world I was able to find stability. Everything I wanted was in shavasnana, but then I wanted something else…

***Disclaimer: Names of organizations and people have been intentionally hidden or changed.

Spiritual is not a word I would use to describe myself anymore, but the universe has presented me with moments that are far too extraordinary to be called coincidences. I was convinced of this a few summers ago when I had all of the wrong things happen to me for all of the right reasons. I was 20 years old and working at a Christian institution that focused its efforts in converting people to Christianity. I, at the time, was a practicing Christian with a rebel spirit, meaning I went to church, posed “seemingly” controversial questions, and listened to Red (a phase that lasted too long).

My sexuality was not something I hid from the other members of the institution but something I confessed. I acknowledged then that I had same-sex desires and as long as I did not act on them I was acting in accordance to Scripture. I never had romantic thoughts about a man before or pictured myself falling in love with a man, so it was easy for me to write off the attraction as a “lust of the spirit.”

I was young, but rising in leadership within the institution. It was important to me that in whatever setting I found myself in that I be recognized and seen as a prominent figure. This most likely stems from a long history of feeling left out and wanting to be included. However, I had felt increasingly more lonely in the institution then in previous years. The work load was emotionally taxing and I wanted to rest.

It was around this time that I began looking forward to spending quality time with my co-worker Mark. We would often take lunches together and pass the time talking about life and making jokes with one another. It was not a deep friendship, but it was pleasant. He seemed to like spending time with me and I enjoyed the attention. An outsider might say the signs were obvious that things were developing into more than a friendship. We would be found hugging, cuddling, or laying on each others shoulders. However, I have had many male friendships like this that never resulted in anything romantic. Contrary to popular belief, men can express intimacy with other men without it being sexual.

As the job became increasingly more draining I began to go to him for comfort. I recall the moment that I realized that this might be more than just a friendship. We lied down together and I rested my face on his chest and he glided his fingers down my back and moved his other hand to my chest. I had never been touched in that way before, but I knew this was not typical friendship behavior. I could tell by the way he stared me in the eyes. That was as far as things went that night, but our closeness continued.

I was in denial that things were different and when he began muttering the sexual things he wanted to do to me under his breath, I convinced myself I was hearing things. My religion would have told me to distance myself from him, but I could not bring myself to do it. However, there was a moment in which it became irrefutable that something was happening between us. He whispered words in my ear and I could no longer pretend that I did not know what was happening. I saw myself go to him and I ran the scenarios through my brain about how we would make love. Each scenario ended with he and I being sent out of our Christian community. People in our community have been sent away for far less. In the end, I decided that whatever the relationship I had with Mark was, it was not worth me losing everything I had worked for.

I went to the leaders of my institution and confessed to them what had been going on. I watched Mark be sent away, but at the time I was only concerned about myself. My status was demoted in the institution and I began planning how I would build myself up again. I watched as my privileges slowly were stripped from me. My interactions with males were now supervised and I had to have weekly meetings with my boss. I missed Mark, but directed my anger at him and blamed him for everything.

During some rest time when I had time away from the community, I began reflecting on how I felt about everything that transpired between Mark and I. I took ownership of my part in our relationship and stopped blaming him for everything. The truth is I was not sorry about what happened between me and him. I convinced myself that I told because I felt the conviction of God, but in reality I was fearful of what would happen to me if the institution found out. It felt wrong that I was able to stay in the community and he was sent away.

I loved him. After a year later of wrestling, I decided that I loved him. I recognize that for him, I was simply a means to explore his sexuality and even though he only wanted sex I missed him for more than that. I missed him for lunches, good conversation, and warm hugs. When I realized that it was possible for me to love a man, I realized that I did not want to be part of a belief system that told me I could not. Mark and I were not a romance story, but I believe the universe brought me to him to show me that there is not only one kind of love, but many. We were not a match, but my love for him was real and that is enough for me…